New events or new details are in gold; any cancellations are in blue.

MCF is pleased to announce our latest option for museum tours:  Duane Caldwell's ministry has expanded to offering tours of the Chicago Field Museum, from a creationist perspective. You will see some of the exhibits that are most-used to teach evolutionism, but with facts and logic that go beyond the contents of the Museum's secular interpretations. Exhibits include dinosaurs, the coelacanth (one of the creatures suggested as a progenitor of 4-legged land animals, and thought to be extinct for millions of years), ancient man, meteors (did they kill the dinosaurs?), DNA and much more!

This tour will normally cost $25 for adults and $15 for students. But THIS date is free! (You will still need to pay for parking and admission to the Museum.) Space is limited! Reserve a spot here.

Duane Caldwell is a former pastor and graduate of Trinity Evangelical Divinity School (M.Div.) He is passionate about not only sharing God’s word, but also showing why it's true. To that end he is the proprietor of the website RationalFaith.com which handles all types of questions and objections to the Christian faith. In addition to his formal seminary training and self study, he has been trained and certified as a Biblical Creation Ministry Professional and Tour Guide by the International Association for Creation and Genesis apologetics.

September 28, 2021:  Jeff Tichelar:    High Tech vs. the Highest Tech   Based on his 78 page paperback book, Jeff Tichelar lays out undeniable evidence for intelligent design and an all-powerful Creator. The book is written in a way that all age groups can understand and enjoy. Jeff presents examples in nature so complex that it is impossible for humans to even come close to duplicating with all the technology in the world.    More

Jeff Tichelar spent 17 years as a full time minister at Oak Lawn Bible Chapel from 1987-2004. He also served as Auxiliary Chaplain in the Cook County Sheriff’s Department and Instructor at the Cook County Jail. He has a real burden for evangelism and has been privileged to use his gifts throughout the United States and Canada. He also began a ministry in 2000 called “Nature Talks” and has been preaching on this theme ever since.

The Friday debate and the Saturday conference deal with whether we should take Genesis chapters 1-4 literally and simply as they were originally understood, or whether we should attempt to meld the Scripture's account of creation with evolutionism.
Topics

Dr. Swamidass' book The Genealogical Adam and Eve proposes that "deep time" was real, and Adam and Eve were real, were specially created, and were placed in the Garden, but were physically identical with many preexisting evolved humans outside the Garden, with whom their descendants married. Over many succeeding generations, their unique spiritual qualities were somehow transmitted to the rest of the biological human race, but their actual DNA was dissipated among their descendants and likely completely lost to the current human population.

Dr. Ross will defend the view that Genesis is intended to be taken literally, a literal interpretation is not contrary to science, attempting to meld the Bible's creation account with evolutionism is logically impossible, and it destroys the reason for Christ's death as the Second Adam Who was needed, and able, to redeem humanity because we are descended from Adam and Eve.

Dr. Joshua Swamidass is an associate professor of pathology & immunology at Washington University in St. Louis.

Dr. Marcus Ross is a professor of geology at Liberty University, and a paleontologist. He answered Dr. Swamidass in an article published by Trinity International University's Henry Center, Hedges around His Garden.

The three plenary sessions deal with fossils, geology, and astronomy. The breakout sessions will deal with catastrophic plate tectonics, world events from 1948 onward in the light of prophecy, how genetics contradicts evolutionary beliefs, problems with the Big Bang, evidence of creation in the human body, and mosasaurs (an extinct large marine "dinosaur"). Most sessions will be on a layman's level. 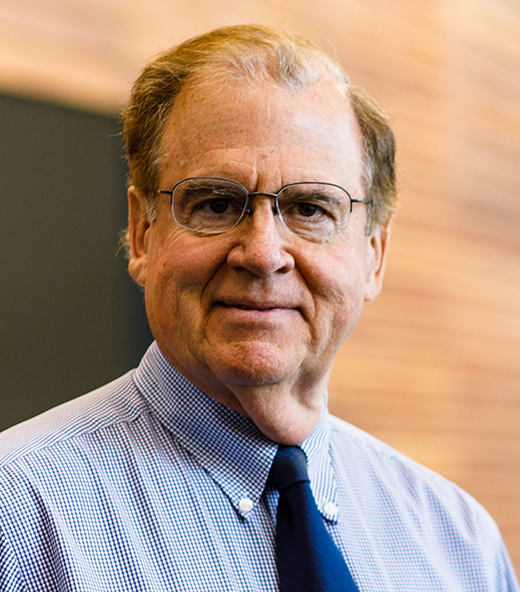 October 11, 12 & 13:  Dr. John Baumgardner:  How Large Tsunamis from CPT Generated the Flood Sediment Record A daunting challenge for Flood geology is providing a credible explanation for how the staggering volume of fossil-bearing sediment was eroded, transported, and deposited in orderly patterns on the surface of the normally high-standing continents in only a few months' time. This talk describes how repetitive giant tsunamis generated by CPT (Catastrophic Plate Tectonics [Movements]) during the Flood produced this astonishing sediment record.   Back to top MCF locations map     Church bulletin insert Where and When
Monday, October 11 (MCF North):
Beautiful Savior Lutheran Church
1501 Deep Lake Road
Antioch, IL

The church website mentions nothing for COVID precautions, but be aware this may change. As of 6/24/21, masks seem not to be required.
Tuesday, October 12, (MCF West):
DVC Ministry Center
25W560 Geneva Road
Carol Stream, IL

As of June 2: Masks are optional. Socially-distant seating and wrapped snacks available to those who want it.
Wednesday, October 13 (MCF South):
Family of Faith Church
6645 West Steger Rd.
Monee, IL

New COVID instructions, as of Summer 2021

No charge; all are welcome. We do appreciate donations to defray expenses. 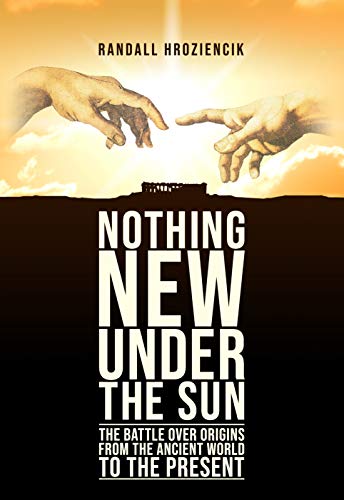 Sunday, October 17, 2021, 6:30 p.m.:   Randall Hroziencik:    Nothing New Under the Sun  (Rescheduled from August, This presentation is based on the book of the same title, tracing the battle between evolutionism and creationism back thousands of years. See at Amazon
This meeting was rescheduled from August 8, 2021. Where and When
Grace Evangelical Free Church
5520 Eastern Ave.,
Davenport, IA 528007 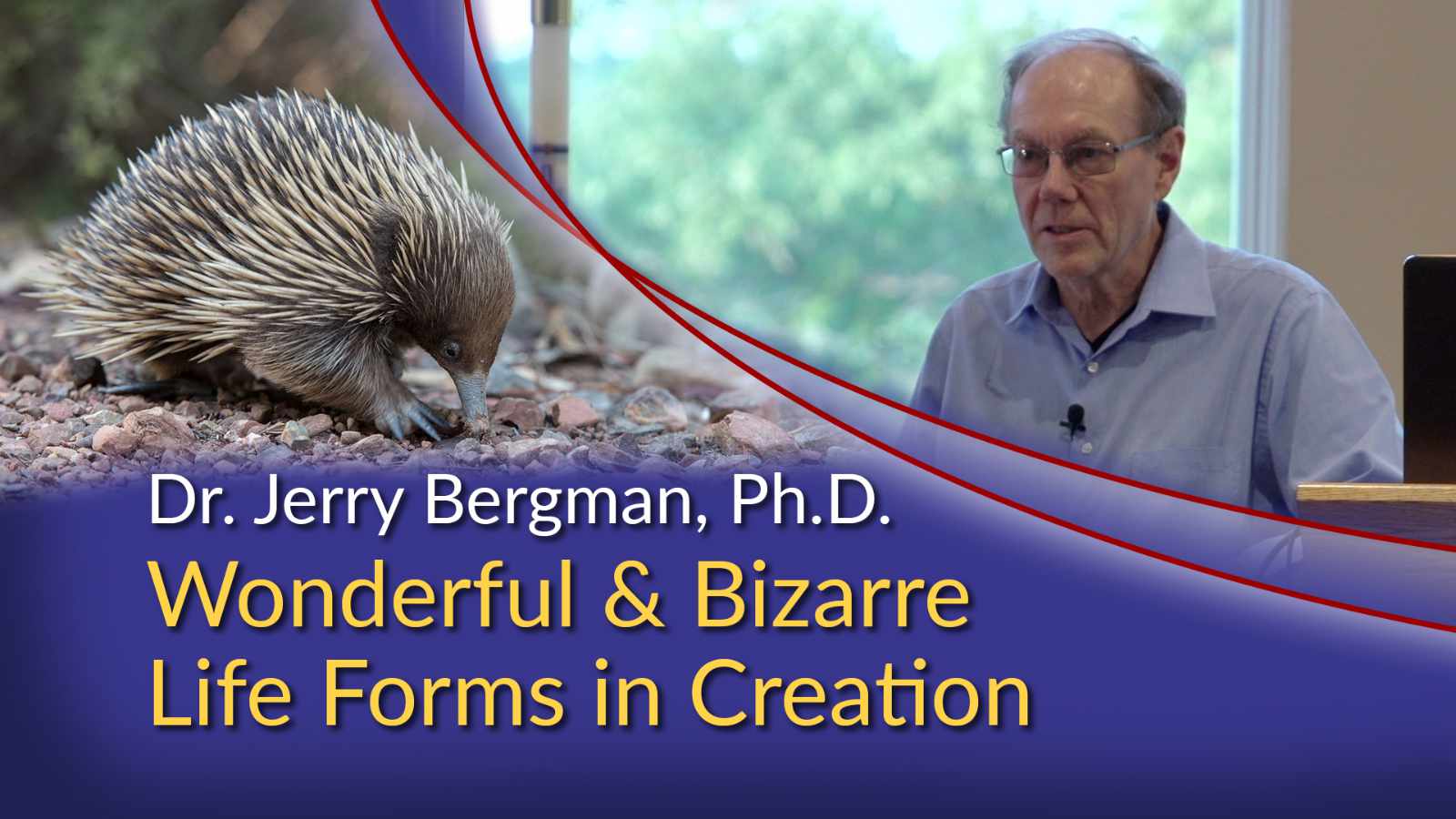 Dr. Bergman's fascinating articles on animals have been awing readers of the Newsletter of the Creation Science Society of Alberta (Canada). Those articles plus more info have been turned into his latest book, and he shared from that book in our August meetings. Animals: echidna, armadillo, platypus, turtle, and more!

Click here for links to collections of our own meeting videos, plus great sources of other groups' FREE online videos!